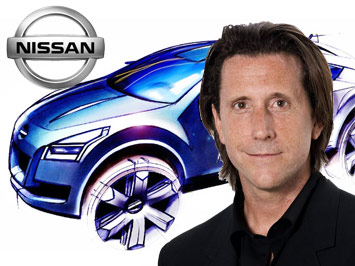 Albaisa joined San Diego-based Nissan Design America in 1988 after receiving a bachelorâ€™s degree in industrial design from Pratt Institute in New York City. During succeeding years, he worked on a number of projects including the current Nissan Altima, Maxima, Rogue and minor changes for the Nissan Armada, Quest and Infiniti QX56.

After an assignment in Japan, Albaisa was named vice president, Nissan Design Europe, in 2007.

Campbell, who assumed his current position in October 2004, also played a key role in the design of the Nissan Americas building in Franklin, Tenn., headquarters for Nissanâ€™s activities throughout the Americas. The Nissan Americas building opened in the summer of 2008, and its design has won several awards, including the American Institute of Architects Tennessee chapterâ€™s Award for Excellence in Architecture.

â€œI would like to express my sincere gratitude to Bruce for his passionate contribution to Nissan Design during his 31-year tenure since the establishment of NDA,â€ said Shiro Nakamura, senior vice president and chief creative officer, Design and Brand Management, Nissan Motor Co., Ltd., and president, NDA. â€œAlthough Bruce will be leaving NDA, he will continue to play a vital role as advisor for Nissan Global Design.â€

Nacif joined NDA in June 2004. He has participated in the Joint Design Policy Group with Nissanâ€™s Alliance partner, Renault, and is a member of the Global Perceived Quality Group.

Before joining Nissan, Nacif worked for PSA Peugeot Citroen in France and for Ford Motor Co. He is a graduate of the College of Creative Studies in Detroit.